Had an opportunity to go to Yosemite this weekend. The weather was nice, and I was really wanting to go out hiking again. So it was perfect. The scenery here was not anything I could have imagined. It was unique; much more dry than Canada as I’m used to. However, that did come with the advantage of almost no mosquitoes. My intuition is telling me that the moquitoes cannot lay eggs where there is a lack of stale patches of water.

The first day we walked the Yosemite Valley Trail. It was a 20 km walk. Or in the local imperial units, 12 miles. This change of units actually tripped me up. Every time I saw a sign signaling how much farther the trail ran, I had to tell myself it was miles. The 1.6 times factor is actually more significant than I could have known. 12 miles is significantly more difficult to hike than 12 km. The trail brought us to most of the sight-seeing spots that tourists frequented which was nice. We got to see more than just the dirt path we were on.

The second day we hiked the Upper Yosemite Falls. Starting off the hike, we were prepared for a 6-8 hour endeavor. The complete trail has a distance of 7.6 miles with 2600 feet in elevation change. It was intimidating, but I told myself it was nothing after I hiked Western Brook Pond in Newfoundland. We started the trail going at a pretty quick pace. Starting the trail at 12:30pm, we really wanted to be on the lower end of the 6-8 hour estimate so we had time to drive home. We went fast, and I did start to feel a bit light headed as we reached the top. We finally gott to the top, and somehow we managed to get there in exactly 2 hours. Seeing we had some extra time, Josh suggested we hike to Yosemite Point which was adding another 1.8 miles to the round trip. That extra distance to Yosemite Point was definitely worth while. We took some photos there, and then proceeded to run down the mountain. In the end the whole hike took 4 hours 50 minutes. My legs could barely support me and my knees were shaking a little, but I was definitely impressed at myself. 2969 feet in elevation change and 9.4 miles round trip. All done in less time than recommended for the shorter Upper Yosemite Falls hike. 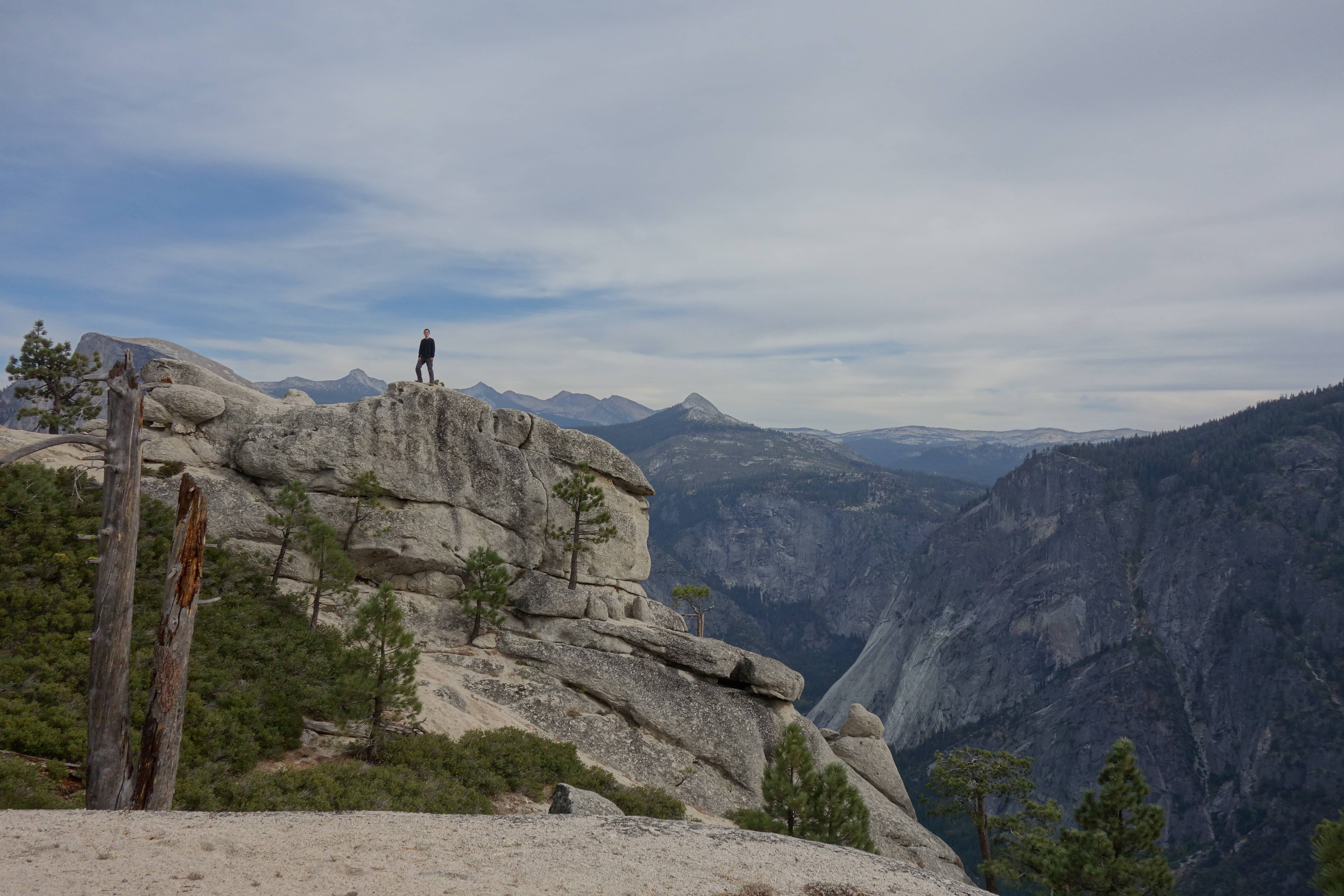